As of Saturday 1st October,
the Saturday Vigil Mass will commence at 6.00pm

Mudgee, Gulgong, Kandos, and Rylstone Parish Calendar
Thank you to all the businesses and individuals that have sponsored our calendar.
Your donations have been greatly appreciated.

Dunedoo & Coolah Catholic Parish will be celebrating their Centenary on Sunday 30th October at 10:00am.
We will be celebrating with a thanksgiving Mass and sharing a morning tea afterwards in the school hall.
All present and former parishioners are welcome. 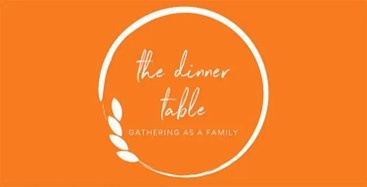 We are on a mission to reunite families at the Dinner Table.

Join us at The Dinner Table to help families reconnect and communicate more effectively. We want to help families be closer, sharing and loving. The Dining Table is not only an area for eating but a place for gathering, sharing, communicating and where relationships grow. Here we will share ideas that will help make gathering around the table enjoyable and meaningful for all members of your family and we invite you to share your ideas and what has worked – and not worked for you. For more information and resources, click here.

The parable of an unnamed rich man and a poor man named Lazarus challenges our globalised world where actions in one country can so directly affect another. Pointedly, the rich man remains as anonymous as he is uncaring. He is a consumer of fine things. He does not seek to harm Lazarus as such; rather, the rich man simply fails to see the other person. Even in Jesus’ time the story upended a social focus on the rich few and the unimportant rest. The world ignores them, but God will not.

Lazarus’ very name means one God has helped. In later times, the name’s significance endured and framed part of what would now be termed social welfare. ‘Lazaretti” and ‘lazar houses’ were medieval European terms for leper foundations. In these were diseased people, usually very poor, living apart from the wider community. They were often sited beyond the city gate.

Now we know of communities in need far beyond our city limits. Many people labour in sweatshops making clothing for rich countries, have their forests destroyed for foreign cups of coffee, and watch the waters lap higher on their islands for the sake of foreign consumer habits. The question is: Do we see them and act?

There are many and very diverse ways, related to inner and outer sustainability. Each person will have to discern, according to their state of life, the one that best suits them.

Today we suggest six ways, inspired by the commitments that the members of the Secretariat of the Laudato Si’ Movement are making for this Season of Creation:

Lord, We pray for the young children in our parish community as they prepare to receive the Sacrament of First Reconciliation. Help us to show witness and example to them as they learn more about you and our church through our community.

Lord, We pray for the young children in our parish community as they prepare to receive the Sacrament of First Holy Communion. Help us to show witness and example to them as they learn more about you and our church through our community.

We pray for the young children in our parish community as they prepare to receive the Sacrament of Confirmation.
Help us to show witness and example to them as they learn more about you and our church through our community.

For the abolition of the death penalty

We pray that the death penalty, which attacks the dignity of the human person, may be legally abolished in every country.

The month of September is dedicated to Our Lady of Sorrows.

The Church celebrates the memorial to Our Lady of Sorrows on September 15. Devotion to the sorrows of the Virgin Mary dates from the twelfth century, when it made its appearance in monastic circles under the influence of St. Anselm and St. Bernard.

The Australian Bishops Commission for Evangelisation, Laity and Ministry will host a national online conference on evangelisation from October 20-22. The conference, drawing on the Commission’s mandate, will promote understanding and explore practices of evangelisation in Australia through encounters with Christ, formation in discipleship, and mission in the world. It seeks to empower Catholics to carry forward the Church’s evangelising mission after the second assembly of the Fifth Plenary Council of Australia.

“Evangelisation begins with an encounter with Jesus Christ, is nurtured through discipleship in our worshiping communities and calls us all to be missionary in the world,” Archbishop Christopher Prowse.

THE ECOLOGICAL ADVISORY AGENCY TO THE CATHOLIC CHURCH, POWERED BY CARITAS AUSTRALIA
Season of Creation 1 September until 4 October. The Season of Creation is fast approaching. It’s a time to renew our relationship with our Creator and all creation through celebration, conversion, and commitment together. During the Season of Creation, we join our sisters and brothers in the ecumenical family in prayer and action for our common home.

We use cookies on our website to give you the most relevant experience by remembering your preferences and repeat visits. By clicking “Accept All”, you consent to the use of ALL the cookies. However, you may visit "Cookie Settings" to provide a controlled consent.
Cookie SettingsAccept All
Manage consent

This website uses cookies to improve your experience while you navigate through the website. Out of these, the cookies that are categorized as necessary are stored on your browser as they are essential for the working of basic functionalities of the website. We also use third-party cookies that help us analyze and understand how you use this website. These cookies will be stored in your browser only with your consent. You also have the option to opt-out of these cookies. But opting out of some of these cookies may affect your browsing experience.
Necessary Always Enabled
Necessary cookies are absolutely essential for the website to function properly. These cookies ensure basic functionalities and security features of the website, anonymously.
Functional
Functional cookies help to perform certain functionalities like sharing the content of the website on social media platforms, collect feedbacks, and other third-party features.
Performance
Performance cookies are used to understand and analyze the key performance indexes of the website which helps in delivering a better user experience for the visitors.
Analytics
Analytical cookies are used to understand how visitors interact with the website. These cookies help provide information on metrics the number of visitors, bounce rate, traffic source, etc.
Advertisement
Advertisement cookies are used to provide visitors with relevant ads and marketing campaigns. These cookies track visitors across websites and collect information to provide customized ads.
Others
Other uncategorized cookies are those that are being analyzed and have not been classified into a category as yet.
SAVE & ACCEPT